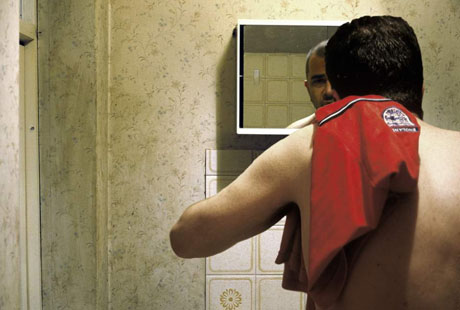 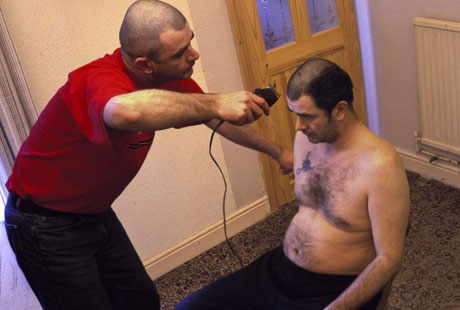 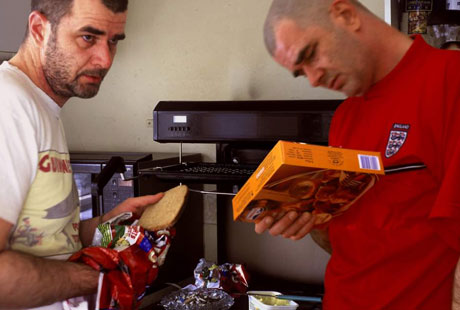 Inspired by the commonplace reality tv Cameron Jinks moves in the tradition of the tableau, starring personally as a model constantly changing his look over the years and piecing the photographs together to scenes.

Which first seems as a documentary of stereotypes turns out to be as a critical view on our voyeuristic, remote controlled society. In his pictures Cameron Jinks rather looks at our social behaviour and personal identity than the displayed stereotypes of mens friendships. "Reality TV", widely accepted and highly suggestive, seemingly promotes the impression that one can change one's life simply by copying a trendy personality type, which inevitably leads to the creation of a superfluous identity, and thus to the loss of individuality.

Find more art of this artist on this Website.